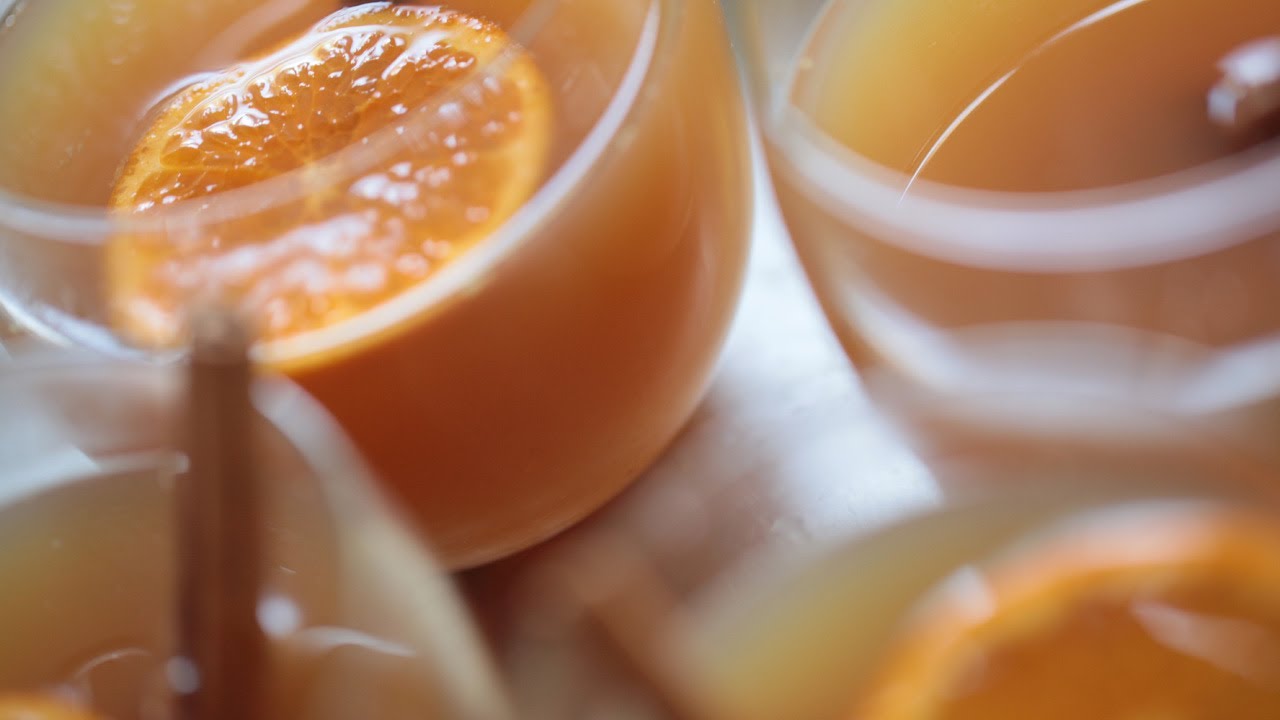 With it being National Mulled Cider Day I wanted to find you a delicious recipe so how about this bourbon spiked mulled apple cider recipe that looks and sounds so good and really warming party drink that will make everyone warm .. a great winter party drink for all you adults out there

This great recipe is brought to you by Kin Community on YouTube , thanks for sharing it with us

Stud each tangerine half with two cloves. Place clove studded tangerines, cider, cardamom pods, cinnamon sticks, and allspice berries in a saucepan and simmer over medium heat, for 20 minutes.

Remove mixture from heat and stir in the bourbon. Strain the mixture and pour into a large pitcher or ladle into individual glasses.

Finish each serving with a cinnamon stick and a slice of tangerine. Serve hot.

On September 30, the National Hot Mulled Cider Day is celebrated throughout the United States. It is the perfect occasion to enjoy a cup or two of warm spiced cider in cool weather.

Hot mulled cider is a delicious beverage that will make crisp September afternoons march warmer. It is a popular fall and winder drink often associated with end of the year holidays such as Halloween, Thanksgiving, and Christmas. It is made with apple cider (or apple juice for the non-alcoholic variation), sugar, and spices.