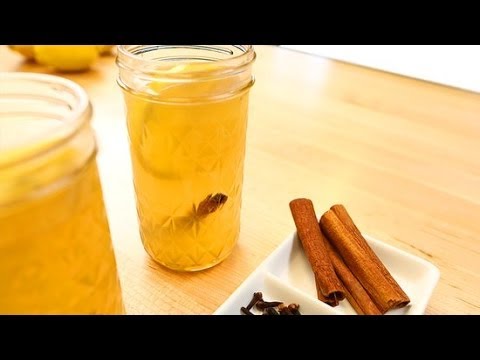 This recipe is brought to you in the form of watching a video tutorial which is great to watch , so why not check it out

This great recipe is brought to you by POPSUGAR Fitness on YouTube , thanks for sharing it with us

If you’re looking for something new to toast with at a holiday party or just need a sore-throat soother, we have just the recipe! Made with antioxidant-rich ingredients, our healthy twist on the hot toddy skips all the fat and calories found in traditional holiday classics like hot buttered rum and eggnog. It’s also a cinch to make!